EC2 is ideal for:

Dedicated Host gives you additional visibility and control over how instances are placed on a physical server, and you can consistently deploy your instances to the same physical server over time.

As a result, Dedicated Hosts enable you to use your existing server-bound software licenses and address corporate compliance and regulatory requirements.

Instance types are grouped into families.

While changing the instance type,

AMIs are used to build instances. They store snapshots of EBS volumes, permissions, and a block device mapping, which configures how the instance OS sees the attached volumes. AMIs can be shared, free, or paid and can be copied to other AWS regions.

The initial software will be on an instance when it’s launched.

While launching a new EC2 instance, You must specify

The public half of the key pair is stored on the instance, and the private half can then be used to connect via SSH.

The instance profile allows applications on the EC2 instance to access the credentials from the role using the instance metadata.

IAM Roles associated with Amazon EC2 instances via instance Profiles. Temporary credentials are available to the Instance. This is recommended for EC2 environments.

Security Groups, allow you to control traffic based on port, protocol, and source/destination.

By default, it doesn’t allow any traffic that is not explicitly allowed by a security group rule.

Bootstrapping is a process where instructions are executed on an instance during its launch process. Bootstrapping is used to configure the instance, perform software installation, and add application configuration.

In EC2, user data can be used to run shell scripts or run clout-init directives.

By default, the DeleteOnTermination attribute for the root volume of an instance is set to true, but it is set to false for all other volume types.

AWS Auto Scaling enables you to configure automatic scaling for the AWS resources that are part of your application in a matter of minutes.

you configure and manage scaling for your resources through a scaling plan.

This ensures that you add the required computing power to handle the load on your application and then remove it when it’s no longer required.

AWS Auto Scaling is useful for applications that experience daily or weekly variations in traffic flow, including the following: 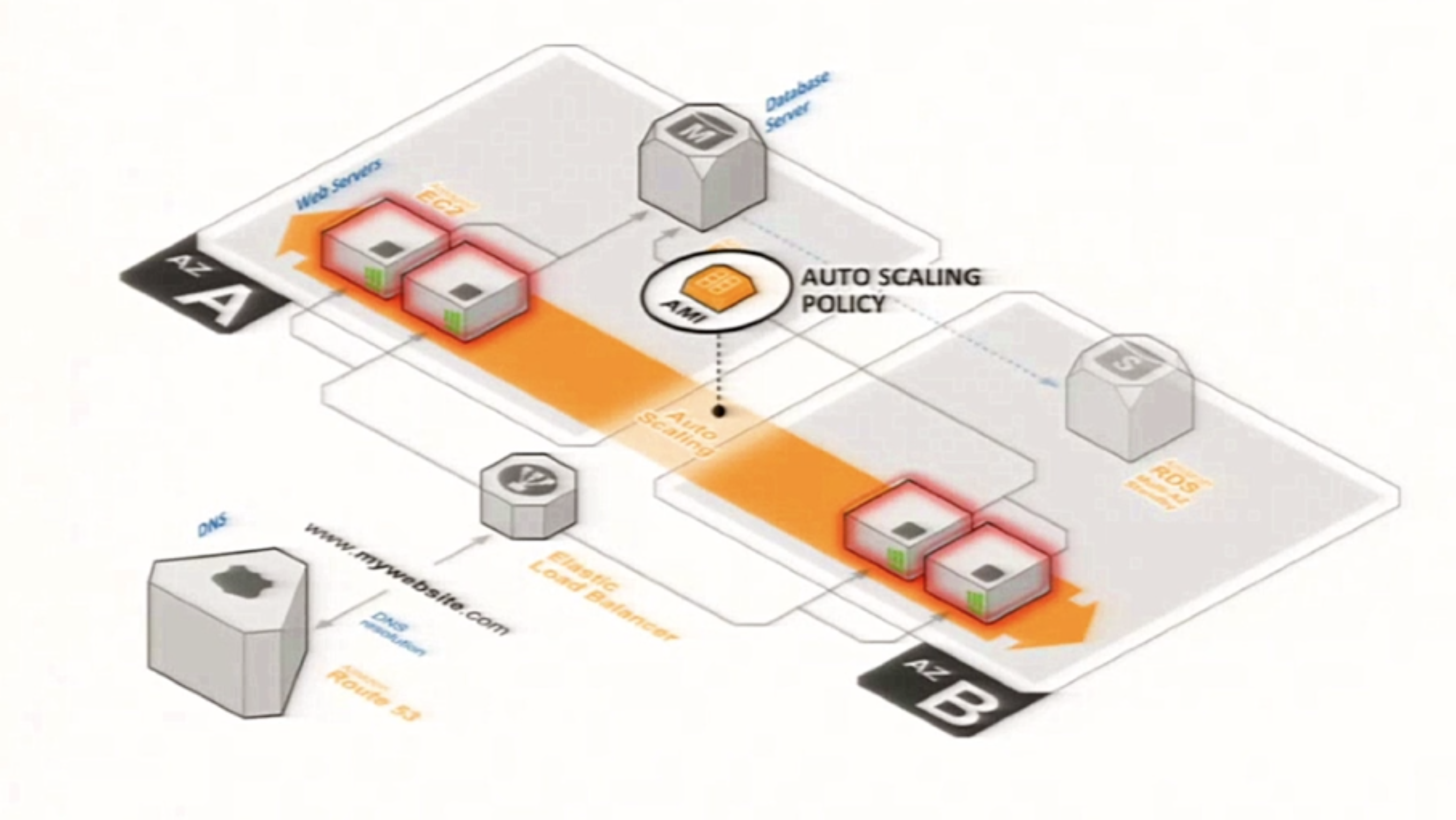 EB is a Platform as a Service product. It allows you to deploy code and with very little effort or modifications, the service will provision the infrastructure on your behalf.

EB handles provisioning, monitoring, Auto Scaling, load balancing, and software updating for you - you just worry about the cost.

Patterns and Anti-patterns for EB: 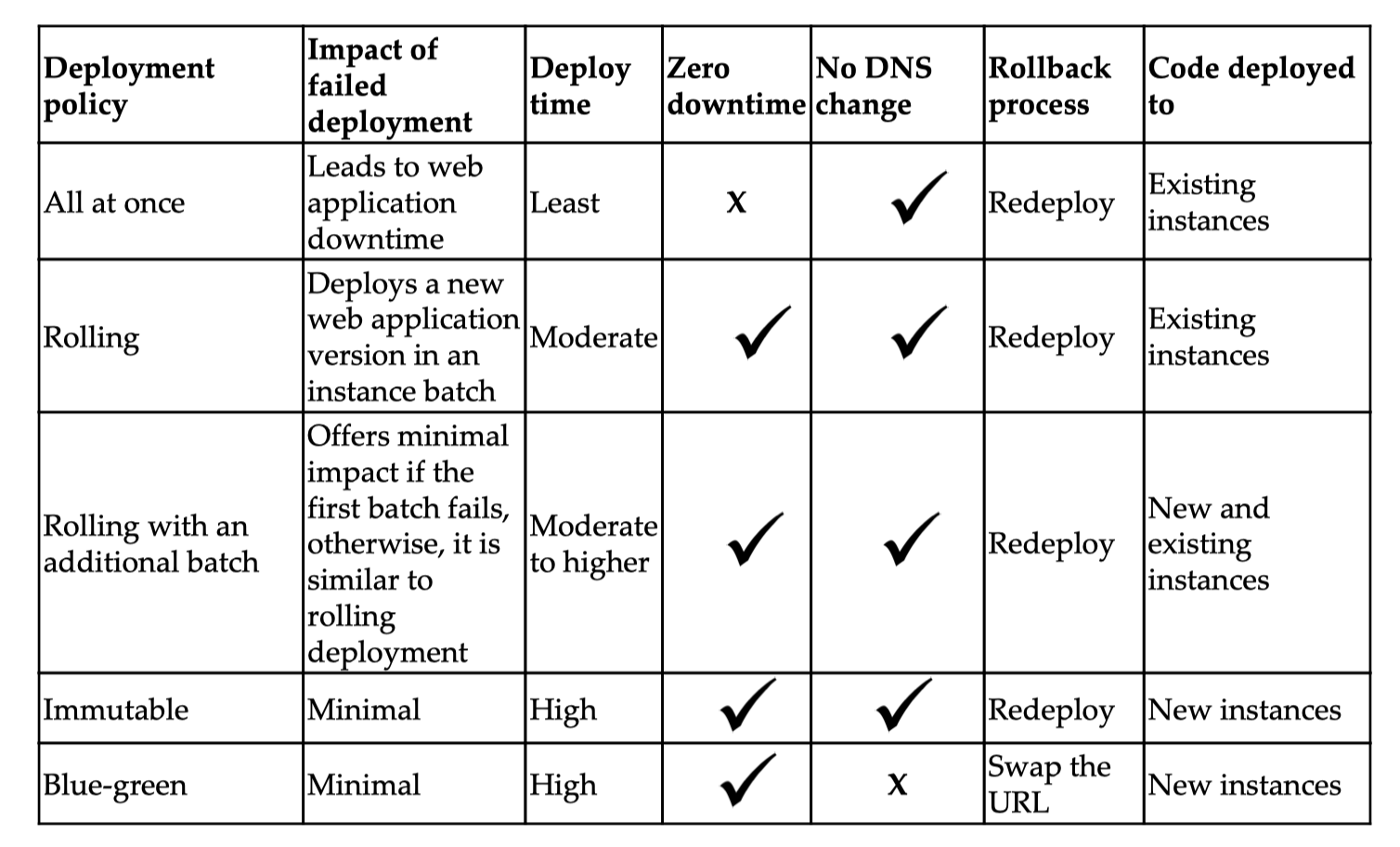 Configuration files are YAML- or JSON-formatted documents with a .config file extension that you place in a folder named .ebextensions and deploy in your application source bundle. E.g.: .ebextensions/network-load-balancer.config

Microservices architecture is the inverse of a monolithic architecture. Instead of having all system functions in one codebase, components are separated into microservices and operate independently. A microservice does one thing - and does it well. Operations, updates, and scaling can be done on a per-microservice basis.

When using an event-driven architecture, a system operates around “events” that represent an action or a change of state, e.g., a button is clicked, a file is uploaded, or a temperature dropping below a certain level. it’s efficient because events are generated and pushed, rather than things being polled. Polling requires always-on computing and doesn’t scale well.

Baas VS Faas VS AWS Lambda

The serverless architecture consists of two main principles, including Baas and Faas.

Amazon API Gateway handles all the tasks involved in accepting and processing up to hundreds of thousands of concurrent API calls, including traﬃc management, authorization, and access control, monitoring, and API version management. 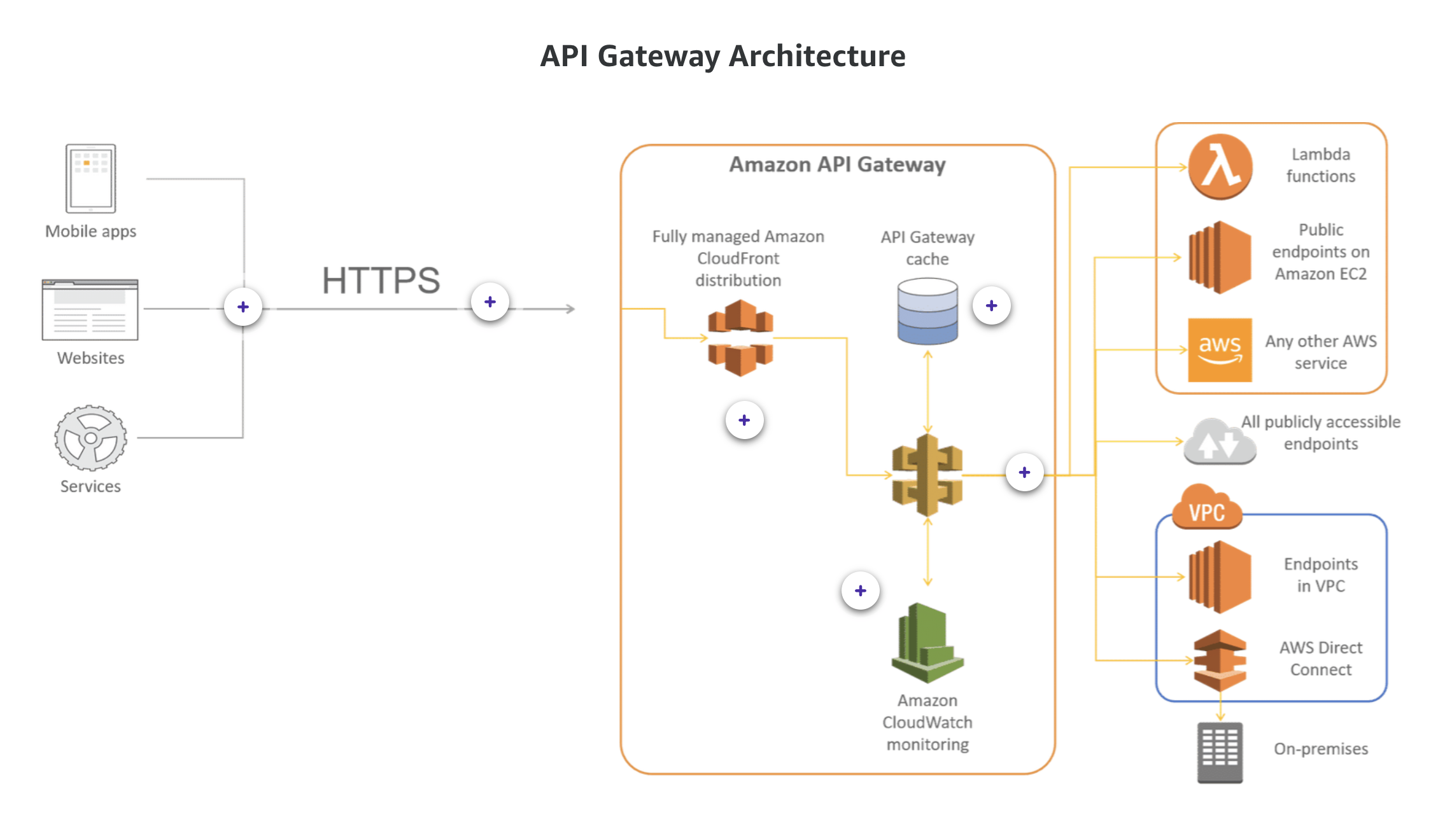 It enables you to coordinate the components of distributed applications and microservices using visual workflows. You build applications from individual components that each perform a discrete function, or task, allowing you to scale and change applications quickly.

It automatically triggers and tracks each step, and retries when there are errors, so your application executes in order and as expected, every time.

Step Functions logs the state of each step, so when things go wrong, you can diagnose and debug problems quickly.

Step Functions manages the operations and underlying infrastructure for you to ensure your application is available at any scale.

Elastic Container Service (ECS) is a managed container solution. It can operate in either EC2 mode or Fargate mode.

Layer 7 routing means it can route based on content metadata.

It’s an AWS implementation of the Chef infrastructure and configuration management platform. It’s an implementation of the Chef configuration management and deployment platform. OpsWorks moves away from the low-level configurability of Cloudformation but not as far as Elastic Beanstalk OpsWorks lets you create a stack of resources with layers and manage resources as a unit.

It’s an Infrastructure as Code(IAC) product, you can create, manage, and remove infrastructure using JSON or YAML.

A CloudFormation (CFN/cfn) template is used to initially create a CFN stack. A stack creates, updates, and deletes physical AWS resources based on its logical resources, which are based on the contents of a template.

Debug a SQL performance issue (aka, how to read a query plan)

aka, how to read a query plan

Use AWS X-Ray in Lambda

Convert unit between metric and imperial in Java